Some people are just born to sing.

And if you haven’t given it a shot yet, you’re probably too old right?

As a matter of fact, it’s not even CLOSE to being accurate!

With a little dedication and a lot of hard work, anyone at any age, can learn to sing.

I’m about to give you 5 reasons why being “too old to sing” is a myth.

And here’s the best part:

After you read this and gain some confidence, I’m going to give you access to some resources that will improve your voice INSTANTLY.

Free Bonus: Click here to download The 8 Secret Singing Tips, which is a PDF resource guide that helps you improve your vocals instantly.

Many people have a passion for music, but they feel like they’ve missed their chance.

Many of us have been there.

It’s hard to see viral videos of 8-year-olds singing with perfect pitch on America’s Got Talent and not feel a little self-conscious about our own pipes.

But think about this:

How many times have you heard a teenager say something like, “I feel so old” – ?

The truth is that after we all pass childhood, we live in a constant state of convincing ourselves that we’re older than we are.

The phrase “too old” doesn’t really make sense because being “too old” or even “old” is subjective.

We can’t change our age. But how old we feel is completely up to us.

Well, Singing Has Just Never Been a Part of My Life

This is, again, a myth that we must debunk for you to truly get the confidence to start singing.

Historians can’t exactly pinpoint when humans started singing because it appears to have always been a part of life for our species.

The ancient Mesopotamians considered singing to be an art form as early as 3500 B.C.

The Egyptians had a well-established musical culture by the 4th millennium B.C. – that’s even older than the pyramids!

The point is that singing is truly a part of the human experience.

If you’ve ever sang in the shower, hummed along to your favourite Top 40 song on the radio, or attempted to sing the main and background vocals of “Bohemian Rhapsody”, you’re already a singer.

Singing is in your genes, and more importantly, it’s in your soul.

All That is Nice, But I Can’t Even Hold a Tune!

I’ll give you this one.

There is a chance that you may not be the best at matching pitch.

The fact of the matter is that if you can talk, you can sing.

When you were born, did you know how to read and write?

But eventually, you learned. Now for some people, learning how to read and write may come a little easier to them based on a variety of factors like genetics, whether their home environment encourages academic achievement, etc. etc.

It’s the same thing with singing!

Don’t believe me? Here’s a quote from the Professor Emeritus of Music at Penn State University:

“The quality of the voice is dependent on many factors; however, barring a physical vocal disability, everyone can learn to sing well enough to sing basic songs.”

A real expert, a woman whose been teaching men and women to sing for decades just said you can sing.

You’ll have to work hard and practice often (maybe even daily), but you can train your vocal cords and make yourself a better vocalist.

But She Said Everyone Can Sing Well Enough to Sing Basic Songs – I Want a Career!

Want to be the best? Go for it! 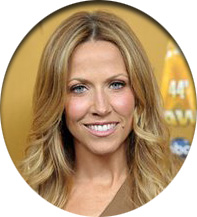 Country superstar Sheryl Crow didn’t have a hit single until she was 32.

Singer and songwriter of classic tunes like “Ain’t No Sunshine When She’s Gone” and “Lean on Me”. He didn’t release his first album until he was also 32.

In fact, Withers had a day job working at a factory assembly line and wouldn’t quit after “Ain’t No Sunshine” became a hit because he didn’t believe the music industry was stable.

And Leonard Cohen? He didn’t reach success until he was 50.

Yes, you read that right.

If you want to sing, then sing! And if you want a career, then have a career!

It’s never too late to start.

I Just Want to Carry a Tune… But My Voice Cracks

I will admit, this is can be an issue with old age.

Like I said before, your vocal cords are muscles. And just like any other muscle in the body, they can become weak and fragile over time.

But it doesn’t have to be this way.

When you pull a hamstring, what do you do?

You go to a physical therapist who gives you a series of exercises to make your muscles stronger and prevent further injury.

You can do that for your voice too!

If you have some serious issues you can visit a speech-language pathologist who can put you through a vocal fitness program to get those cords into tip top shape.

However most people who just need some basic guidelines in terms of improving their voice should simply consider some online vocal instruction.

Now that you know there really is no age too old to start singing, you can confidently move forward in your efforts.

Practice daily and work hard and you (yes, even you!) can learn to sing, no matter your age.

Want Some Secret Tips to Get Started With?

Download the guide for free and find some tips to get you started on your new musical journey.

Nicole is a full time freelance writer specializing in Lifestyle, Arts, and Culture. Her passion is writing creative content for extraordinary people.