So you are dead set on becoming a music producer?

…and now know you can put together the 5 things you need to start making your own beats for just $300!

Time to cross one of those – DAW software – off the list.

Today I will walk you through the best DAW options available for beginners, and what you get out of each.

I will then conclude by recommending a few that could be the best fit for your goals and current circumstances.

The Free vs Paid DAW Question?

Your DAW is the hub of your studio, where your virtual compositions, vocals, and live instruments all come together.

It is the software you need for composing your beats, recording your instruments and vocals, and mixing, editing, and mastering it all into the recorded final product.

But did you know:

Most top music producers probably started with a free DAW of some kind.

There is certainly nothing wrong with beginners shooting straight for the best premium DAWs on the market.

But the truth is, beginning music producers may be best served cutting their teeth with the less challenging free DAWs.

Freemium DAWs give beginners a gentler introduction to music making software, because DAWs are a complex software that can take time to master.

And almost all DAWs have a free version of some sort.

Some of them have very good features and will be useful for a while.

However, to get the most out of any DAW and to up your game, you will eventually need to upgrade to a premium version.

What to Look for in a DAW Software

Many people starting out in music production often ask one question:

Which one is the best DAW?

Maybe be the right question is, which one is the best DAW for me?

Because we don’t all have the same goals.

Virtually every DAW on the market will perform the same basic functions as well as any you will try.

Yet, beyond the basics, they all have specific areas of strength and weakness.

Let’s look at a few, and their strengths:

While there is the odd all-rounder, decide whether you will be doing more of composition, recording, mixing, or all of these.

That will guide your choice, because the best DAW is the one that works best for you.

Start with your own priorities, goals, and aspirations, as well as your budget, and pick a DAW based on those.

As all DAWs come with a learning curve, you can’t flip and change between them and still expect to get the most out of each one.

You will need to pick one and take time to really master it.

But, generally, you want a DAW with an easy-to-navigate interface, with more visual features to help you locate things as you get up to speed with the software.

As with all things software related, the OS your computer runs on is the great divide when it comes to music making software.

The most ideal DAW will be one that’s cross-compatible with computers running either Windows or macOS, and even Linux.

Only, Apple, the company that owns GarageBand and Logic Pro X - two of the most popular DAWs today - also happen to own the macOS, which is Windows’ direct competitor.

So those two DAWs will only run on Apple’s own hardware, in this case Mac computers and some iOS mobile devices.

But there are DAWs from other companies that run exclusively on Windows, and a few that are cross compatible.

So whether you are going to use a Mac or Windows PC, you have three primary considerations to guide your DAW selection. It will either be:

Lifetime Access is Also a Fabulous Perk for a DAW

To stay relevant, they must take advantage of advances in technology to avail more tools to music producers, and adapt to people’s shifting musical tastes.

The best DAW developers also keep their ears to ground to sniff out emerging trends and update their software to get a legup on the competition.

But it is what they do with those updates that you must be concerned with.

The more enterprising companies will compel you to pay for some updates.

However, there are some DAWs that give their users unlimited, lifetime access. You will only pay once and the subsequent updates will be free to download.

A slight variation of this are DAWs that are otherwise paid for but are offered free when you purchase music equipment from specific brands. Such deals can save you quite a bit of money.

Now that we have whittled your choices down to specific points of consideration, let’s check out the best options available for each.

Afterwards, I will give you recommendations based on what OS your computer runs on.

Previously, I would have reviewed GarageBand and Logic Pro X separately.

But Apple, the developers of the both music making software have of late moved to position GarageBand more as an entry level version of Logic Pro X.

This has meant GarageBand has lost bits of its lighter interface of old that appealed so much to recreational and ‘bedroom’ music producers.

This realignment alienated some of GarageBand’s loyal users.

But it has perhaps made it a better DAW for beginner music producers who would want to migrate to Logic Pro X when they finally have the budget.

When you are ready to upgrade, you can easily migrate all your GarageBand projects to Logic Pro X.

There you will find one of the largest library of stock sounds, loops, and features that make Logic Pro X arguably the most versatile DAW on the market.

The developers claim the software gives you tools to write, record, edit, mix, and perform, without being too technical. I would say that’s about right.

GarageBand comes preloaded on all new Macs. Otherwise, you can download it here.

If you are a fan of the Windows OS, then Magix Music Maker Plus should be one of your first considerations for a DAW.

Magix Music Maker has quickly grown to become one of the most trusted DAWs for PC users.

The software is suited to both beginner and advanced users.

Thanks to its Easy Mode feature, beginning music producers won’t be immediately overwhelmed by the 1500 effects crammed into the DAW.

The intuitive interface makes it easy for learners to lay drum loops, add sounds, and be mixing and playing around with their tracks in no time.

There is a watered down free trial version that you can sample before committing to the paid pro versions.

The most advanced, Magix Music Maker Plus, usually sells at $59.99, but it is currently available for a crazily cheap $49.99. Visit the official website here.

The DAW has several options for importing sounds and exporting finished files. Verified users also have online access to an even larger library of voices, sound effects, and drum loops from the Catooh online media marketplace. 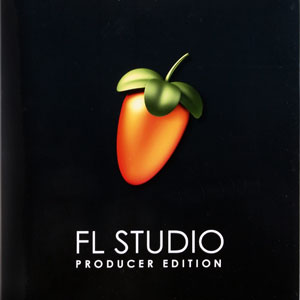 FL Studio has had a checkered history.

From when it was known as Fruity Loops until an intellectual property dispute with the Kellogg Company forced it to change to just FL Studio, it has changed a lot over the years.

Version 12 spots a new and one of the cleanest and most accessible interfaces in the industry.

The GUI is easy enough for beginners but still complex enough to give you a solid grasp of DAW software, in case you want to shift to another pro DAW.

But perhaps FL Studio’s greatest attraction is once you buy one of the paid versions, all subsequent updates will be free to download. No other DAW does this.

Fruity is the starter edition, but the FL Studio Producer Edition is also a good place to start.

If you lean towards EDM, FL studio should be a definite option.

Other Features and Benefits:

PreSonus Studio One (For Both Mac And PC Users) 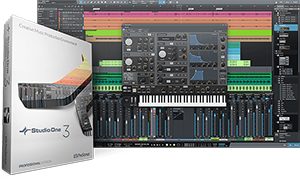 A DAW that’s compatible with more than one OS is a great benefit...

Especially if you are going to collaborate with other producers.

You won’t have to worry about what OS their own DAW runs on.

Long before Studio One, PreSonus had built a reputation as a maker of quality, low priced mixing consoles, audio interfaces, and preamps.

Being a maker of both music studio hardware and software allowed the brand to offer perhaps their greatest selling point:

Buyers of their PreSonus hardware will often get the Studio One software free.

Studio One is offered in three versions - Prime (free), Artist, and Professional.

However, the free version - though limited in features - is just about adequate for newbies looking to put together a few demos.

PreSonus Studio One Features and Benefits:

Cockos REAPER is another DAW that is cross compatible with macOS and Windows. It even works with Linux.

The software has an intuitive and highly customizable GUI that will suit beginning music producers.

Cockos REAPER has a powerful engine and produces a crisp audio processing quality, thanks to end-to-end 64-bit resolution.

Remarkably, the DAW will only take up 62 MB of your hard drive, which means it won’t chuggle up your computer’s resources.

Version 5 of the DAW has even introduced a video editing feature that’s better than what you get with other DAWs.

The software is currently only available from the Reaper website.

Other Features and Benefits:

And Our Recommendations Are..

The best DAW software is one that helps you accomplish your musical goals.

In this regard, no DAW is essentially better than the other.

But with that said, some aren’t as suitable for beginners.

As a beginner, who also uses a Mac, Logic Pro X is our top recommendation. You can cut your teeth with GarageBand, which comes free with Macs. And, when you are ready, you can upgrade to Logic Pro X.

If you already own or prefer a PC, we are all for Magix Music Maker Plus.

It also has a free edition you can learn with - click here to start a free trial.

Perhaps, you want a DAW that’s cross compatible, allowing you to corroborate and share stuff with producers using either Macs or PCs.

Look no further than PreSonus Studio One.

All DAWs Have a Learning Curve

Although some DAWs are easier than others, they all require you to invest some time in learning them.

Remember if you get stuck, there is plenty of learning material online. But after you get the hang of it, you should be off and running.

What happens next has perhaps more to do with the your creativity than the DAW itself.

So grab yourself one from our recommendations and immerse yourself in it.

I’m Patrick, Head of Product Research at Voices Inc. My passion is to research musical instruments and courses, and write in-depth product reviews. I will be thrilled if this website can help you decide which brand and model of musical instrument is right for you.