Playing songs is pretty much the end goal of every musician.

We practice chords, study simple melodies, and work on our timing in order to eventually play a song.

I started my journey with the guitar because I wanted to learn how to play some of my favourite songs.

It was the reason I bought a guitar, compared the top learning resources available, and signed up for lessons.

But as a beginner, trying to learn a song can be very hard, and sometimes not the best path to take.

Luckily I found some great step-by-step beginner lessons and built a good foundation, then I stubbled on some songs that were appropriate for my skill level.

Here’s what I found for you:

These songs were the first ones I learned, and I definitely recommend that everyone gives these a try.

Now, there are way more than these songs, however after researching online guitar lessons for the past few years, these are some great ones to get started with.

10 Easy Guitar Songs for Every Beginner

Yes there are many more, however these are some good ones to start with. You will see the title of the song, along with the artist listed in this chart.

If you’re interested in step-by-step lessons on these particular songs, and access to hundreds of more song lessons, then consider signing up for a free trial of Guitar Tricks.

VIDEO: Where to Find Over 700 Guitar Song Lessons

Some of My Favourite Guitars Songs for Beginners:

Since most songs are somewhat complicated for a newcomer who's just starting out, I've listed a few songs on this page which you can master in a matter of days.

As long as you know the very basic things, such as simple chords and how to hold a pick, you will be able to play most of these songs with little effort. 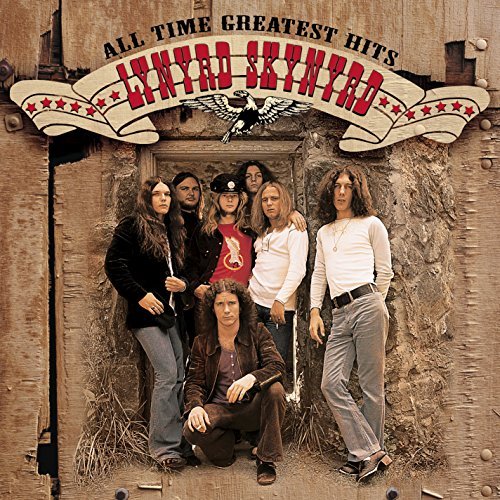 Aside from being one of the most legendary rock songs ever written, Simple Man by Lynyrd Skynyrd is also one of the easiest things you can learn how to play on guitar.

Now, there are many ways to play this song, and some of them are pretty complex. But that's not what we're looking for today. You can actually play the entire song if you know three very basic chords. These are your C, G, and Am. In other words, three chords which make up a majority of modern pop and rock songs.

The key here is to get the strumming pattern down, as that gives the song its vibe. While it might seem hard to achieve this at first, remember that persistence is crucial.

Play the song and start jamming along with the band. After a few cycles, you should be able to get the chord progression down, as well as the rhythm. As you grow your skill, you can use this foundation to play the song with more and more detail.

Many guitar players have actually learned these important chords by playing Simple Man, so I would strongly suggest you use the song as an effective learning tool.

"House of the Rising Sun" by Animals 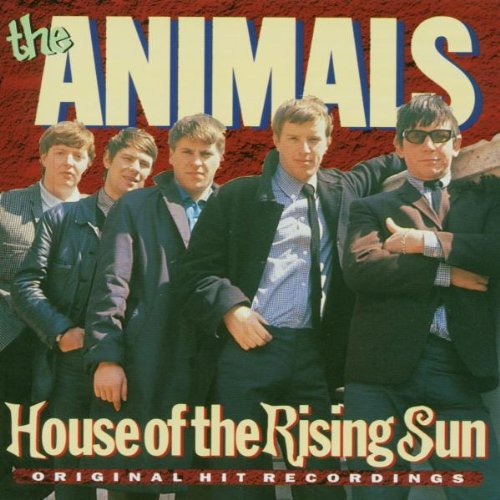 Here's an instant classic which has been used in guitar lessons for decades now. House of the Rising Sun by The Animals is simple in its original form.

There are several reasons why you should invest some of your time to learn the House of the Rising Sun, no matter how difficult it may seem. First of all, it will introduce you to the art of arpeggiating chords. This is a technique which you will use a lot later on when you grow as a musician.

Arpeggiating chords is nothing more than playing each individual tone in a chord, one at a time.

There are four chords to this song - Am, C, D, F and E. Before you try to arpeggiate these, like in the original track, work on this chord progression while strumming. Once you get that down to a comfortable level, try hitting each note of each chord, one by one. It will probably be a bit tricky at first, but with some effort, you will get there.

Arpeggiating chords isn't just a great technique to learn from an aesthetic point of view, but it will also help you single out those strings. This way, you will develop muscle memory, and your picking hand will know where each string is without you having to look.

"Satisfaction" by The Rolling Stones 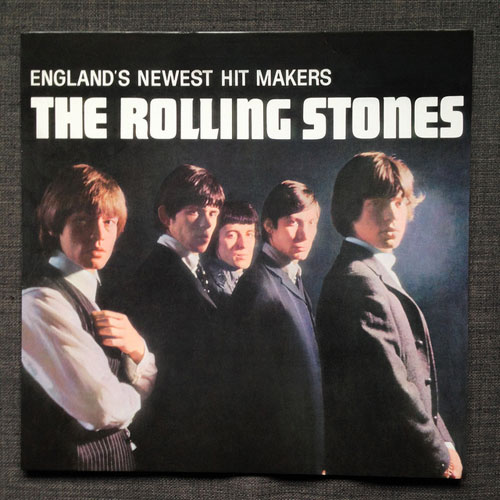 Known far and wide by fans of rock and those who don't fancy hard sound, The Rolling Stones are true legends. Satisfaction just so happens to be one of their most popular songs - one which has shaped many generations. Learning to play it on a guitar is surprisingly easy, especially if you break it down to its basic chords.

Speaking of which, you will only need E, D, A, and B7. That last one might be a new chord for many beginners, but it's still within the realm of basic chords.

What makes 'Satisfaction' so useful for beginners is the fact that you use a very simple rhythm. In other words, the strumming pattern consists of synchronized 'down' movements, which you can get down by using a simple metronome.

The fact that there are no complicated rhythms to learn means that you can dedicate your time to smoothing out the chord progression at your own pace. In essence, it should take you a short amount of time to learn the song, and be able to play it along with the band.

"Kiss From a Rose" by Seal 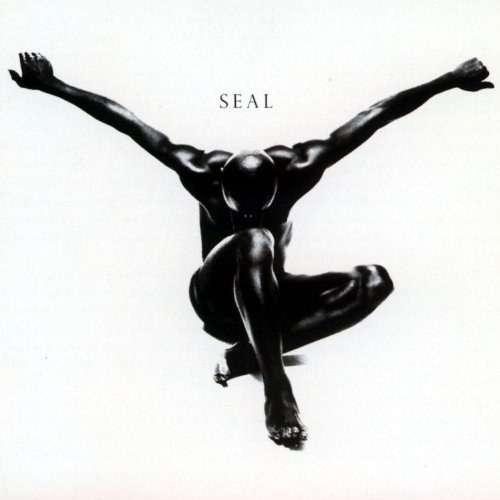 If you're a fan of Batman series, chances are you have heard this song before. Seal is one of the most talented vocalists of our time, and Kiss From a Rose didn't take long to become a world hit.

Learning to play it on guitar is both rewarding and easy for beginners. There's a number of simple, basic chords which you will need for this one.

The only tricky part might be the chord progression. The song is written in such a way that requires you to grip different chords in a short period of time. If you have trouble with this, we urge you to push through and keep going.

Playing the entire song with Seal singing in the background is so satisfying you will be strumming along for hours. If you want to perform the song in its original key, you will need a capo. Thankfully, these devices are cheap and easy to come by.

If you don't want to deal with a capo, you can learn the chord progression on a standard tuning, and then just shift everything a few frets up when you get a capo.

In terms of overall difficulty, Kiss From a Rose ranks somewhere in the upper part of the 'easy' category. 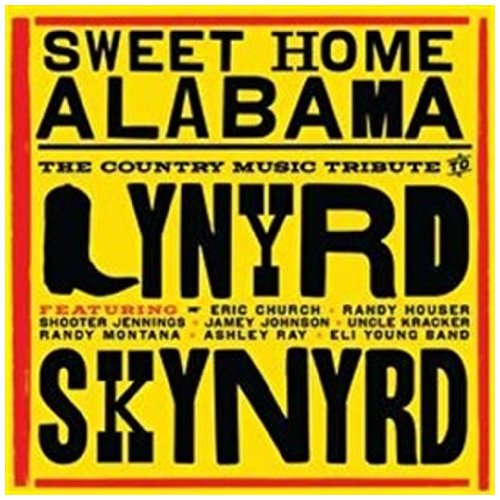 Here's another classic from Skynyrd, a de facto anthem of the South. Sweet Home Alabama is among the most iconic songs of our era, a great road trip tune, and one that every guitar player wants to learn at some point in their career.

Fortunately for us, there are many ways to play Sweet Home Alabama. Some of them are pretty complex, but others are as simple as they come. You will need four chords in total for this performance - D, C, G and F. However, there's a catch.

Instead of using the regular shapes for these chords, you can greatly simplify the whole song if you modify the chords a little.

Grip a standard G chord. Now observe where your pinky and ring finger are. Those are going to stay there for the entire song. You will play D chord by retaining that shape on the fretboard and just using your index finger to play the second fret of the G string. C chord will look just like G chord, only you will move the index finger and your middle finger one string down respectively. Finally, the G chord comes in its standard configuration. Easy, right? This is called the Double Top technique and is something you can use in a lot of songs.

Learn All These Songs at Guitar Tricks 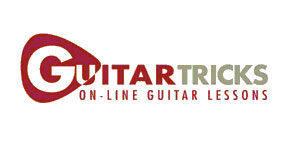 Songs listed here are all beginner friendly, and require only your patience to learn how to play.

Naturally, when we say 'beginner friendly' that means that some pre-existing knowledge of chords is a must.

Since just about every newcomer learns some chords right away, none of these songs should be an issue.

If you're interested in getting step-by-step video lessons on all of these guitar songs, I strongly recommend you consider starting a 14 day free trial of Guitar Tricks. Click here for more details.